Excerpt from Kirkus review of my first novel.

Talented, humorous, and inspirational writer Bob Mack Peak has lived an extraordinary life. Educated in Germany, Texas, London, and California, Peak was reared in the art of storytelling. He was influenced by his wonderful family—tracing back to his Great-Grandfather Olaf, who came to the US from Denmark. Peak would often read comic books by flashlight as a child at Grandpa Mack’s farm as stories echoed down the hallway during Friday night poker games. Thus began his journey into creative writing.

Peak’s father was an air force officer and pilot who survived WWII in the Pacific. He taught his son how to fly at age eleven. Peak’s college years were not unlike the film Animal House, and his youth and university days in El Paso, Texas, gave him a unique perspective on a wild border area depicted in Hollywood hits like No Country for Old Men starring Josh Brolin.

Peak’s executive career led him to London, New York, and Los Angeles, where he interacted with clients like Paramount Pictures, Universal Studios, and Disney Studios. In 1990, Peak created Beamit Communications (beamit.com) in Silicon Valley to engage in work with commercial video, film, television shows, and websites.

Bob Mack Peak has done open mike standup comedy across the US at events and clubs. His stint on the PGA Tour proved the adage “Don’t give up your day job.” Peak is a survivor. As the oldest of six air force brats, peak has weathered the passing of his parents and four of his siblings. His search for a life and love displayed by his loving family has covered three decades—and as many marriages—280 Internet dates and connections, and countless charges through the romance gauntlet.

His youth and romantic journey are documented in his highly reviewed debut novel, “The 85% Man and Lessons from Lucille.” The book proves his statement, “Everything my mother taught me about women is true.” His mother Lucille’s words live on for people to find out “What Would Lucille Say,” by using the apps “Score Your Squeeze” or “Rate Your Dates.” These are lessons for women AND men to build better business, personal and romantic relationships. The loss of three of his siblings was due to bad choices. Lucille’s Lessons can help people make better choices, maybe even save their life. 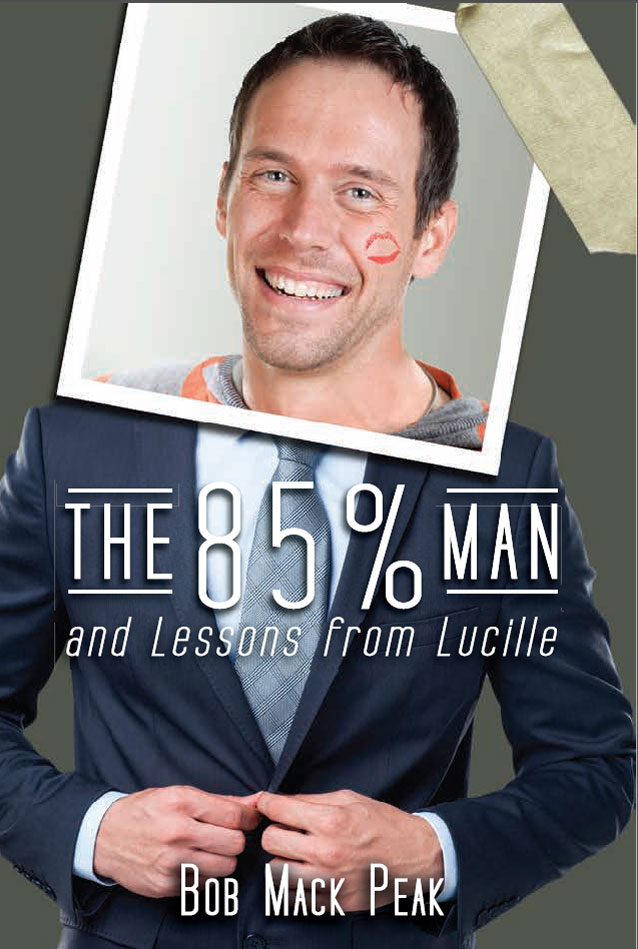 Like most of us with varied life experiences have commented, “I should write a book,” my first novel was a labor of love. I wanted to pass along the wisdom of my mother, Lucille, and help readers find the love and hope in their lives, without which we are all lost. My next two novels are in the works, and while they are very different stories, the basis is still founded in love and hope.

I spent two decades in Silicon Valley running sales, marketing, and product development. Spinning off my own digital marketing agency, I honed my skills in 3D animation, social media, and commercial websites in promoting Fortune 100 brands. But, all good things must evolve and that brings me to my writings. From Hollywood scripts, to commercial video projects, words can be powerful tools to entertain, educate, and enlighten.